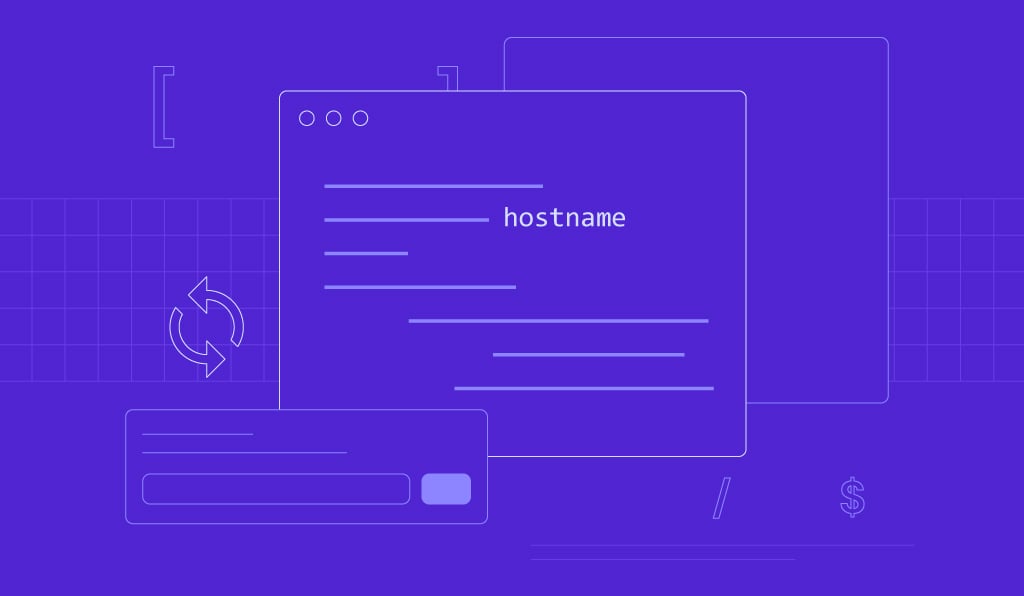 A hostname is a name that identifies a device in a network. Usually, it is set as localhost during the operating system’s installation process.

However, if there are several devices in a network, this will generate duplicates and cause network conflict. To avoid that, we recommend changing the hostname of your Linux system.

In this article, we will explain three methods to change hostname on CentOS and any other Linux distributions, such as Debian, Ubuntu, and Red Hat Enterprise Linux (RHEL).

How to Change Current Hostname Permanently on Linux Servers

In this section, you’ll learn how to change the current hostname permanently on Linux old or new virtual private servers – using the hostnamectl command, nmtui, or editing your configuration files.

If you’re just starting, you’ll find all the instructions on how to set up VPS in our step-by-step guide.

Modern Linux distributions come with systemd, a system and service manager that has the hostnamectl command installed by default to manage and change hostnames.

Here’s how to change your current hostname using hostnamectl:

The output will show you the new hostname.

The Network Manager Text User Interface (nmtui) is a text user interface that lets you configure the network and hostname in a terminal window. It is available in various Linux distributions, including CentOS and RHEL.

Here’s how to change the hostname using the nmtui command:

The next option is editing the configuration files – /etc/hostname and /etc/hosts. Here’s how to do it:

Here’s how to do it:

This will display the new hostname you have set up.

Important! If the cloud configuration file is not available in your system, you can safely skip these steps.

How to Change Hostname Without Rebooting

In this section, you’ll learn how to change the hostname without rebooting the system. However, as soon as you restart the system, it will revert to the old hostname.

This method is useful when you need to complete a minor task that requires temporary changes. The basic syntax of the command is:

Here’s how to use it:

The output will display the updated hostname.

How to Change Linux Hostname Permanently on Hostinger VPS

If you use Hostinger VPS, the only way to change the hostname permanently is through the hPanel. Here’s how to do it:

That’s it, you changed your hostname on Hostinger VPS.

The system hostname is an essential part of a Linux server as it helps identify your machine within a network.

Most Linux systems provide tools and commands so users can customize the system hostnames to their preferences. We shared three methods to change hostnames based on your needs:

We hope this article has helped you set up a new hostname in your Linux system. If you have any questions or suggestions, please share them in the comment section below.

Learn More About Your VPS

Edward is a content editor with years of experience in IT writing, marketing, and Linux system administration. His goal is to encourage readers to establish an impactful online presence. He also really loves dogs, guitars, and everything related to space.

Noviantika is a web development enthusiast with customer obsession at heart. Linux commands and web hosting are like music to her ears. When she's not writing, Noviantika likes to snuggle with her cats and brew some coffee.