TCP Protocol: Understanding What Transmission Control Protocol Is and How It Works

Transmission Control Protocol (TCP) is the default data communication method between different devices over a network. It establishes and maintains a connection between the sender and the receiver during the transferring process.

With its mechanisms, TCP ensures that all packet data arrive unaltered. Moreover, it offers seamless and reliable transmission across various devices. It is used for email services and peer-to-peer sharing methods such as Secure Shell (SSH) and File Transfer Protocol (FTP).

This article will cover everything you need to know about TCP, how it works, and the differences between the stack and OSI models. Finally, we will compare the standard method and the User Datagram Protocol (UDP).

TCP stands for Transmission Control Protocol and is used for transmitting data across networks. It breaks down the information into packets before sending them to the destination. With its advanced features, TCP offers a more reliable delivery system compared to other protocols.

TCP breaks down data into packets and forwards them to the internet protocol (IP) layer to ensure each message reaches its destination computer. This helps prevent issues and maintain efficiency during the process.

Packets may travel along multiple routes if the actual path is congested or unavailable. Doing so will improve the network performance.

The internet protocol splits communication tasks into several layers, keeping the transmission process standardized. All packets will pass through at least four layers before reaching their destination.

The IP uses a three-way handshake method when creating the connection to ensure it can transfer several sockets in both directions concurrently.

However, the device and server must synchronize and acknowledge the packets before negotiating, separating, and transmitting the TCP sockets.

Then, TCP will go through the layers and reassemble the packets. Finally, the protocol will transmit the data to the receiving application.

Why TCP Is Important

This high-level protocol is a core element in establishing regulations and standards for data transfers between multiple programs over networks. For web access, HTTP and HTTPS rely on the TCP connection.

What Is SSL? Understanding Secure Sockets Layer and How It Works

As a reliable protocol, it ensures communication occurs consistently, regardless of the devices and locations. Furthermore, it protects data delivery with advanced controls, such as acknowledgments and congestion avoidance mechanisms.

Aside from being non-proprietary, TCP also allows and accommodates new protocols.

When passing each TCP layer, data will be repackaged based on its transport protocols and functionality.

Requests pass down to the web server via the stack and start at the application layer as data. The system will divide the information into different packet types at each stage. The data will then move to the transport layer, which will be classified into TCP segments.

The next step is transmitting them to the internet layer, where they will become datagrams. The packets will move to the network layer to create a TCP segment. Once the web server replies, the data will move upward via the stack to reach the application layer in the original format.

While the TCP stack model frames the data by protocol usage, Open System Interconnection (OSI) is a conceptual method based on the network communication type.

The OSI method moves the data down, with each layer adding information. Once they reach the last stage, they will be transmitted over the network.

UDP is an alternative to TCP, offering different ways to communicate network traffic. While the former ensures reliable transfers, the latter prioritizes efficiency and speed. Here are six common differences between TCP and UDP:

Transmission Control Protocol (TCP) is a standard protocol for sending data and messages across networks, offering reliable services and advanced mechanisms. TCP defines how to connect multiple computers or application programs and ensures secure data transmission between them.

Here are three major differences between TCP and UDP:

We hope this article has helped you learn more about TCP. If you have any questions or suggestions, please leave them in the comments section below.

How to Fix “Your Connection Is Not Private” Error
This Site Can’t Provide a Secure Connection Error
How to Fix ERR_SSL_VERSION_OR_CIPHER_MISMATCH
NET::ERR_CERT_COMMON_NAME_INVALID Error

In this section, we will answer frequently asked questions about TCP.

What Is the Difference Between TCP and IP?

TCP and IP are two core components of the internet protocol suite. While the former securely transfers and routes data via the network architecture, the latter defines the IP address.

What Are TCP Ports?

Noviantika is a web development enthusiast with customer obsession at heart. Linux commands and web hosting are like music to her ears. When she's not writing, Noviantika likes to snuggle with her cats and brew some coffee.

This Site Can’t Provide a Secure Connection Error: 5 Methods to Fix It

This Site Can’t Provide a Secure Connection is among the most common errors you may find when browsing the internet. Instead of showing the page,... 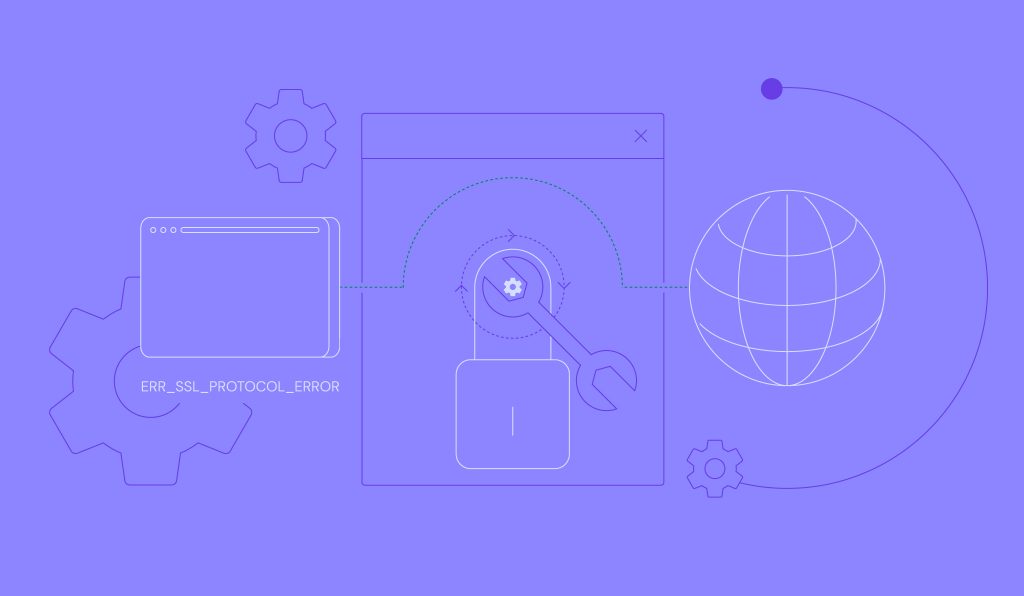 ERR_SSL_PROTOCOL_ERROR: What It Is and 3 Effective Ways to Repair It

Many Internet users who use the Google Chrome browser may have encountered the ERR_SSL_PROTOCOL_ERROR. It is a Secure Sockets Layer (SSL) error that...

What Is TLS? Understanding Transport Layer Security and How It Works

TLS or Transport Layer Security is a crucial aspect of your website. It protects users’ data from security threats like malware and...