“Pursuing the eCommerce project and aiming to scale it uplifted the idea to develop a new service. It’s a good fit for wide-ranging e-shops with more than 1,000 items on sale, direct product stock, and price updates from suppliers which require system customization.”

CyberPanel VPS hosting is developed for large-scale eCommerce websites that aim to maximize their profit.

Examples of such e-shop projects include PrestaShop, WooCommerce, Magento, and others. Different from shared hosting, CyberPanel VPS hosting ensures full root access to customize the server in any way you want.

In an era where web hosting has become more accessible and competitive as a product, CyberPanel has managed to stand out from the competition in various ways. Firstly, there is the features lineup that makes the panel rise above its counterparts. Additionally, Hostinger is officially listed as an official CyberPanel partner, ensuring the most recent updates and features are available to our customers.

LiteSpeed Cache offers a built-in module with plugins for dynamic content building and optimizing sites to work on peak performance. Speed up your WordPress, Joomla, Drupal, MediaWiki, Magento, and more.

From installation to website management, the CyberPanel VPS interface is considered to be one of its most robust features against the competition. Installation is a matter of a single command, and navigating the panel is just as effortless due to its minimal, clean design. Thus, it enables an easy and intuitive multisite network.

Connect your GitHub and GitLab repos and deploy code in a few clicks via GIT webhooks.

Object caching integration made simple. With CyberPanel, you can integrate objects such as Redis, Memcached, or LiteSpeed Memcached (LSMCD).

You can backup and/or restore from Google Drive, AWS S3, remote SFTP, or a local machine with one click.

Avoid unnecessary risks associated with testing on your live site. Experiment, test, and change things on staging before pushing it live.

CyberPanel affords you the luxury of a command-line interface for those who like to work in a terminal. That allows you to replicate the work you do in the control panel via CLI. With Web-Based Terminal, you can access your VPS SSH server and efficiently perform tasks from your browser. 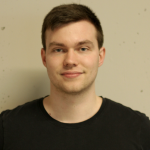 Merkys is a server administrator and Linux expert at Hostinger. He keeps everything up & running while tackling advanced server management issues. Besides that, he’s a big fan of blockchain technology, web development, and bodybuilding.