Java vs Python: Which Should You Learn? 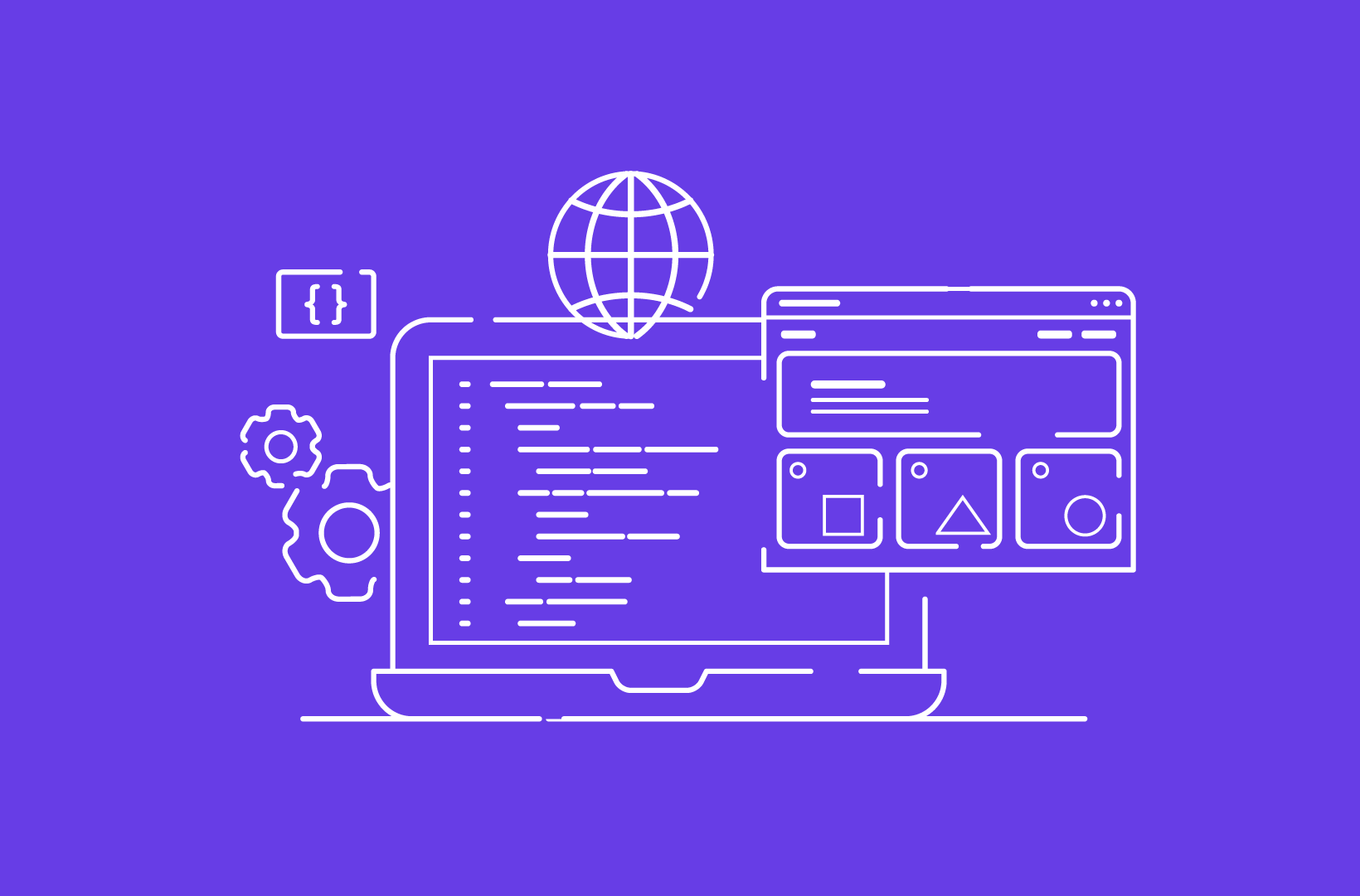 As a beginner developer or programmer, deciding which programming language to learn first can be tough. It’s important to choose one that will be useful in the short term and have good long-term prospects.

Python and Java are two of the most popular programming languages. Both are general-purpose languages used for various purposes, including web development, data analysis, and artificial intelligence.

This article will delve into the key differences between Python and Java. We’ll also explore the advantages and drawbacks of each language so that you can make an informed decision about which to learn.

Java is one of the world’s most popular and widely used programming languages. Its use cases include web and mobile applications as well as big data processing.

One of the most well-known Java-based projects is the Android operating system. Therefore, Java is commonly used to develop enterprise Android applications. Big companies that use Java include Microsoft, Uber, and Airbnb.

Java has the “write once, run anywhere” capability, which means its code can run on any device or operating system running Java Virtual Machine (JVM). This makes Java a highly portable language for building software you can deploy across many platforms.

Furthermore, Java is a class-based, object-oriented programming language known for its strong type-checking and static typing. These features help catch errors and bugs during the development process, which can be especially helpful for beginners.

It also has a large and active community of developers who share Java resources and best practices. One of the best ways to learn Java is by joining community forums and participating in discussions with other programmers.

To start coding in Java, you will need the Java Development Kit (JDK) and an Integrated Development Environment (IDE) like Eclipse or IntelliJ. They provide the tools you need to write, debug, and run Java programs.

Best of all, you can install Java on Ubuntu and other major operating systems.

Here is an example of some simple Java code. It declares a class called “HelloWorld” and has a method called “main” that prints a message to the console when the program runs:

Then, compile the code by running the following command in the terminal:

This creates a file called HelloWorld.class, which contains the program’s bytecode. Next, run the program by typing the following command:

This executes the main method in the HelloWorld class, which prints the message “Hello, World!” to the console.

This general-purpose language is used in web development, data science, machine learning, and scientific computing. Large and small companies use Python. Some big organizations that use Python are Google, Netflix, and NASA.

Some popular Python applications and projects include the Django web framework, the scientific computing library NumPy, and the machine learning library scikit-learn.

One of the main advantages of Python is its simplicity and ease of use. Its syntax is readable and English-like, focusing on indentation to structure code.

For example, the following code block is a simple Python program that prints “Hello, World!” to the console:

Since Python is a dynamically typed language, you don’t need to specify a variable’s data type when declaring it. This makes writing code easier and more flexible.

For example, here is how to assign and re-assign different data types to a variable in Python:

Python is also an interpreted language – it executes at runtime rather than being compiled into machine code before execution. This makes debugging and testing code faster, as you can immediately see the results of your changes.

To start coding in Python, you must install the Python interpreter and choose an Integrated Development Environment (IDE) such as PyCharm or IDLE.

What Are the Key Differences Between Java and Python?

Java and Python are both popular programming languages used in various applications. However, they have key differences that may make one more suitable for specific projects than the other. Let’s look at some of the main differences between Java and Python.

On the other hand, Python has a more concise syntax and focuses on simplicity and readability. This can make Python code faster to write and easier to learn.

Java is a fully object-oriented language. All of its variables and functions are defined within classes.

Meanwhile, Python is a multi-paradigm language. It supports multiple programming styles, including object-oriented, procedural, and functional. Therefore, Python is more flexible and compatible with many tasks.

Java programs may run faster than Python programs due to their compiled nature. However, the interactive interpretation method may make Python programs easier to debug and modify.

Both languages’ memory usage can be efficient, but Java has the advantage due to its faster execution.

Availability of Libraries and Frameworks

Both Java and Python have a vast ecosystem of libraries and frameworks for many purposes.

Java has many libraries and frameworks for web development, data analysis, and scientific and financial applications.

Python also has a rich set of libraries and frameworks. Popular ones like NumPy, Pandas, and Django are used in various applications.

According to the TIOBE Index, Python is currently the most popular programming language. Java is close behind in fourth place. Both languages have large and active communities of developers.

Plenty of jobs are available for both Java and Python developers, particularly in back-end web development. Python is also very popular in machine learning and artificial intelligence fields.

What Are Some Examples of Java and Python Code?

To understand Java and Python’s syntax, code readability, and typing differences, it helps to look at their code examples.

Java code is typically more verbose and follows a strict object-oriented programming style. Here is an example of a simple Java program that prompts the user to enter their name and then prints a personalized greeting:

This example shows that Java code uses explicit typing, with variables and functions defined within classes. It also uses curly braces to define blocks of code and a semicolon at the end of each statement.

Python code is generally more concise and follows a simpler, more readable syntax. Here is an equivalent program in Python:

In this example, we can see that Python code uses implicit typing. Variables are automatically assigned a data type based on their value. It also uses indentation to define blocks of code and does not require semicolons at the end of statements.

Java and Python also handle their code input and output differently. In Java, we can see that the Scanner class reads input from the user, while the System.out.println function is used to print output to the console.

In Python, we can see that the input function reads input from the user, while the print function is used to print output to the console.

Which Is Harder: Java or Python?

Both Java and Python are beginner-friendly programming languages. However, many people find Python easier to learn due to its simple and readable syntax. 58% of beginner coders favored Python, compared to 39% who opted for Java.

To further illustrate each programming language’s difficulty level, look at the following examples.

Here is a simple Python program that calculates a triangle’s area. This Python code is short and easy to understand, even for programming beginners:

The code uses the input function to read input from the user and store it in variables called base and height. The code then calculates the triangle area and prints the result to the console using the print function and a formatted string.

Here is the same program written in Java:

While the Java code is still relatively simple, it is longer and more verbose than the equivalent Python code. You can also see how Java uses explicit typing and a strict object-oriented programming style, while Python uses implicit typing and has a simpler syntax.

Python is generally simpler to learn. However, the two languages’ exact difficulties can vary per person and their prior experience with programming.

People with experience with other object-oriented languages may find Java more intuitive. Others may find Python more approachable due to its simplicity and readability.

Which Pays More: Java or Python?

Java and Python are both high-demand programming languages in the job market. Developers proficient in either language can expect to earn a good salary. However, the exact number of wages may vary depending on the location, experience, and job market conditions.

The prospects of each language vary depending on the industry’s specific needs and technological advances. Python is experiencing rapid growth in popularity and demand due to its use in machine learning, data science, and scientific computing. Meanwhile, Java is still a widely used language for building large-scale enterprise applications.

Therefore, both Java and Python will likely be in high demand for the foreseeable future. Developers who are proficient in either language can expect to have good career advancement opportunities and job security.

Java and Python are well-established programming languages widely used for various purposes. Both languages have their strengths and weaknesses, and the choice between them depends on the learner’s specific needs and goals.

If you’re a beginner interested in learning to code, Python and its simplicity and readability may be a good place to start.

If you’re more interested in computer science and engineering, it might be beneficial to start with Java. You may find that learning Python becomes easier once you have already learned Java.

How Can I Start Learning Python or Java?

There are many free and paid Python and Java online courses. Some courses even teach you both languages. If you’re looking to start a career in programming, getting a web developer certification can help boost your chances of finding a job.

How Is Java Related to JavaScript?

JavaScript and Java both have the word “Java” in their names, but they are unrelated. Java is a general-purpose programming language primarily used in the back-end. Meanwhile, JavaScript is a scripting language for creating interactive web pages in front-end development.

Will Morris is a staff writer at WordCandy. When he's not writing about WordPress, he likes to gig his stand-up comedy routine on the local circuit.

What Is Gravatar? Adding and Customizing an Avatar for Your Website

When visiting a website and scrolling down to its comments section, you may notice that some people have an icon, logo, or picture next to their...

What Is a URL: Examples, Structure, and More

Whether you’re trying to build a personal website or considering a career as a web developer, you’ll likely encounter a lot of web-related jargon....