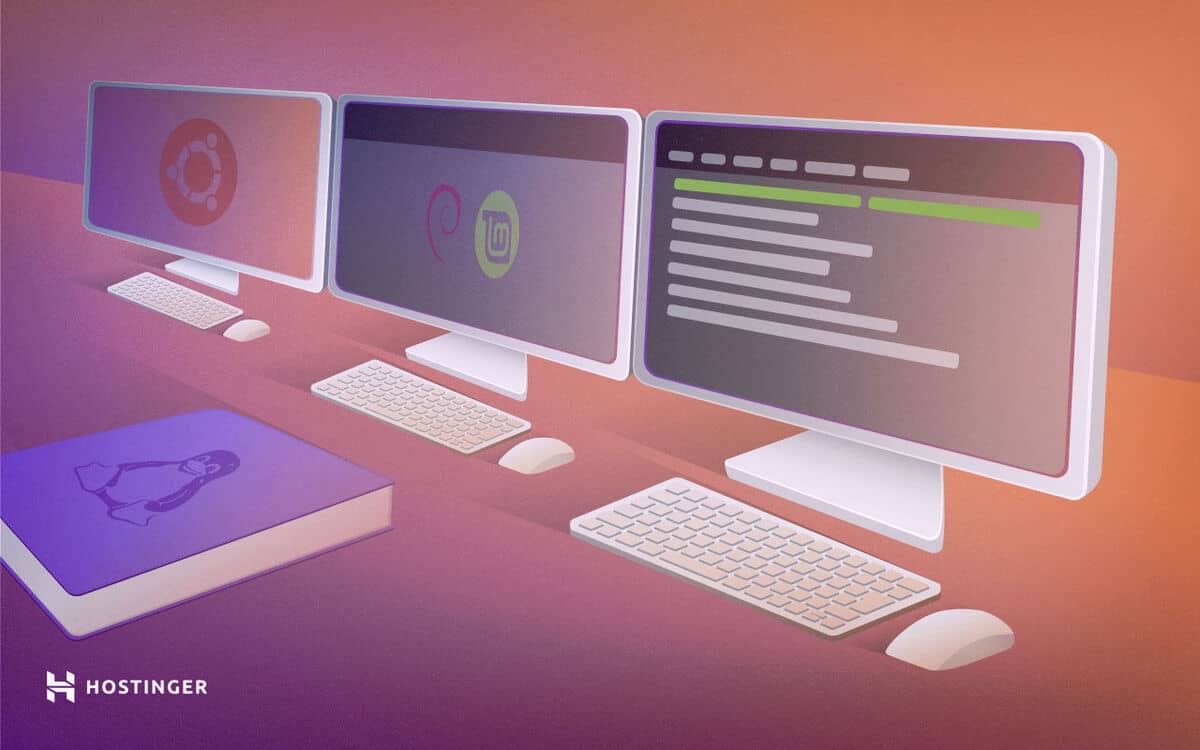 How to Install and Use Linux Screen?

Sysadmins generally work using the Linux terminal. However, you can get even more out of it by implementing the Linux Screen in your workflow. It’s a long-running favorite among developers and is a must for anyone who wants to become an expert.

It might seem intimidating at first, but the Linux Screen is easy to learn while providing limitless possibilities. It’s a very efficient and resourceful utility, making it an irreplaceable tool.

With this in mind, we will teach you how to enable and use Linux Screen to increase the flexibility of the Linux terminal further.

What Is Linux Screen?

A Linux Screen is a terminal application developed by the GNU project. Often official documentation calls it a GNU Screen and is used for terminal multiplexing.

In other words, Screen divides a physical terminal into multiple virtual sessions, stops and summarizes the activity in them.

Screen works like this – if you work on a terminal session while using Screen, once you’re finished with your work and turn off the computer, it will save at that point. When the terminal is reaccessed, the terminal will return to the very same screen you worked on before shutting down.

Linux Screen might be basic in its structure, but every Linux user should know how to use it.

How to Install and Use Linux Screen?

Screen is usually installed by default on all major Linux distributions. If your system doesn’t have it preinstalled, don’t worry, the installation process is easy.

First, we need to connect to our server using the SSH command. Open up your terminal and type:

In the case of Debian, Ubuntu or Linux Mint and its derivatives, you can execute the following command:

If you are using CentOS 7, you can install it using the following:

Or if the user can’t run sudo commands, we need to run it as a root user.

At the end of the installation, we can check the current version of Screen, using the following command line:

Congratulations, now you can finally use Screen.

To run Linux screen, we just have to type the word in our terminal session: 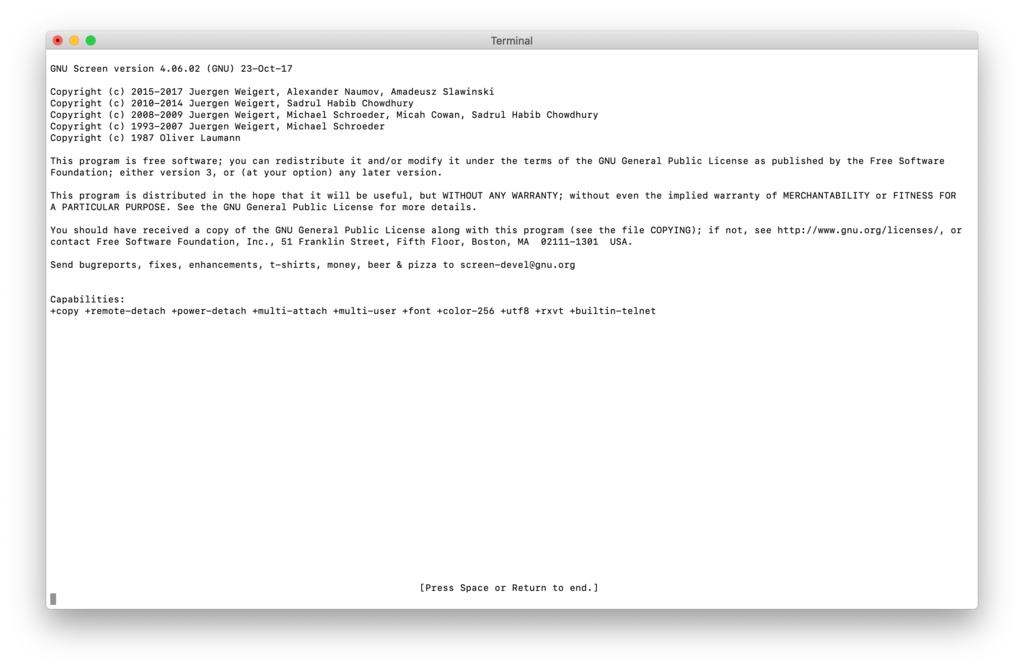 After pressing the Space key, you will see the terminal again. Do not be worried, we have already started a new Screen session. To check it, just type exit in and press Enter.

So, we need to rerun the command by typing screen again.

We can also start a session and give it a name by using the -S variable. For example:

We recommend you give the session a descriptive name and you will have no problem identifying it.

Screen uses commands to perform terminal multiplexing and the commands are easy to learn. They all follow a Ctrl+* * structure, where * are the variables.

IMPORTANT: Take note of the lowercase and uppercase keys when performing commands. 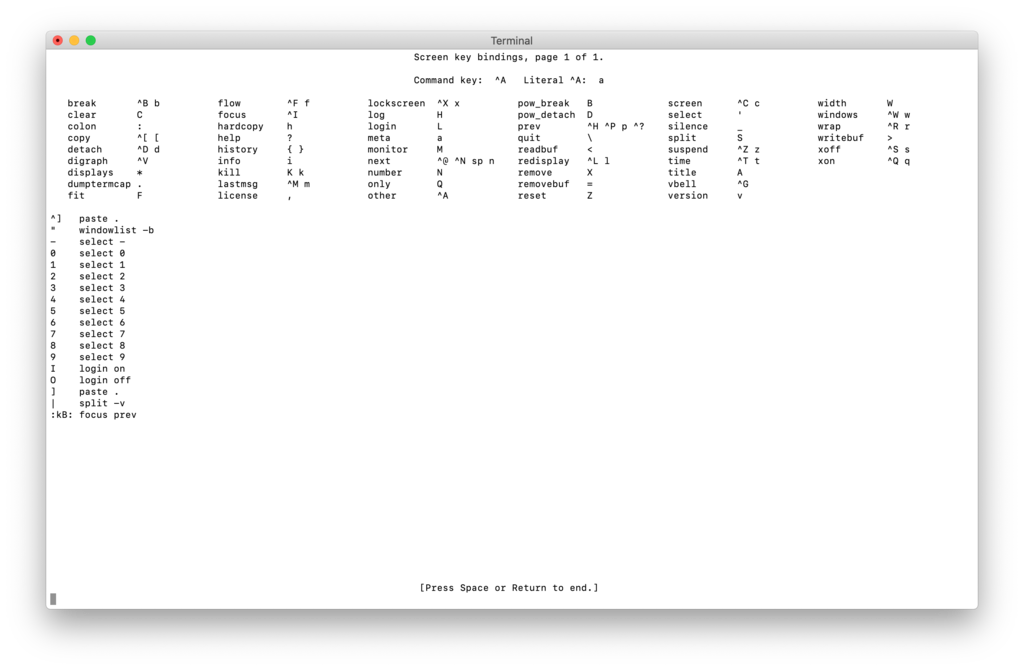 Working in a New Session

Once we have started a new session it is necessary to learn how to use it. These are the main commands you’ll be using:

It is also possible to split the terminal screen. For example, using Ctrl+a S splits the terminal horizontally: 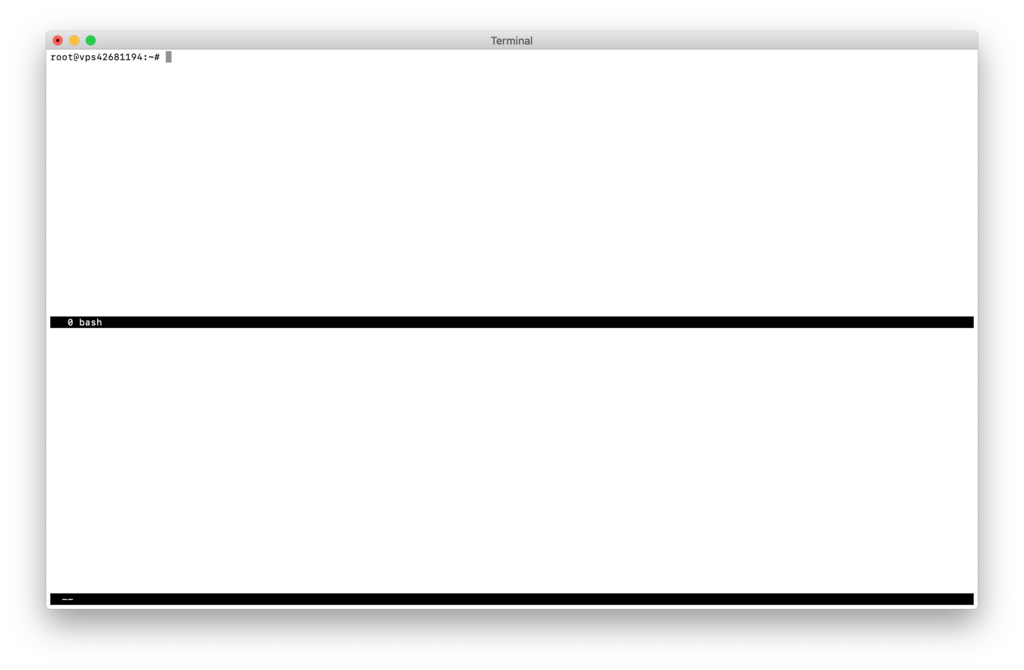 To change to the next terminal, we press CTRL+a TAB. To close it, CTRL+a X.

One of the great qualities of Screen is the ability to perform actions and leave them in the background so that when we return to them they’re still there. This is especially great for server administrators.

For this example, I will use htop. We can install it on Debian, Ubuntu, Linux Mint and its derivatives with the following command:

You can run htop by simply typing the following command in your terminal: 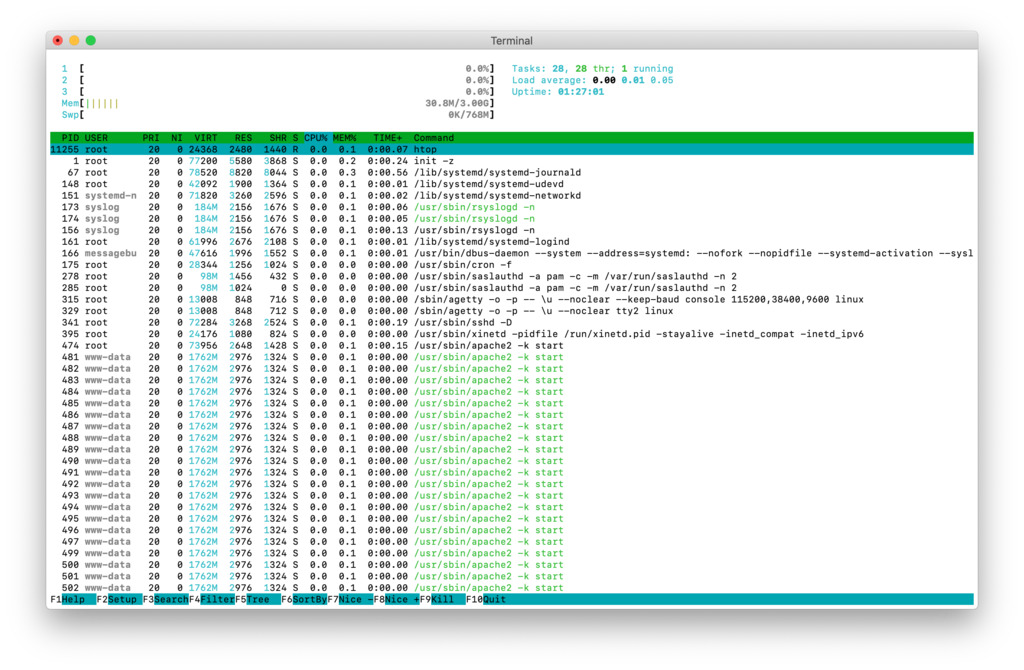 Next, we will use both CTRL+a and CTRL+d commands to detach the execution from the terminal. From here you can work on something else, while the previous window will run in the background. If you want to open up the same htop terminal, first type in the following command:

It will show all of your saved sessions. To reopen htop, enter the following: 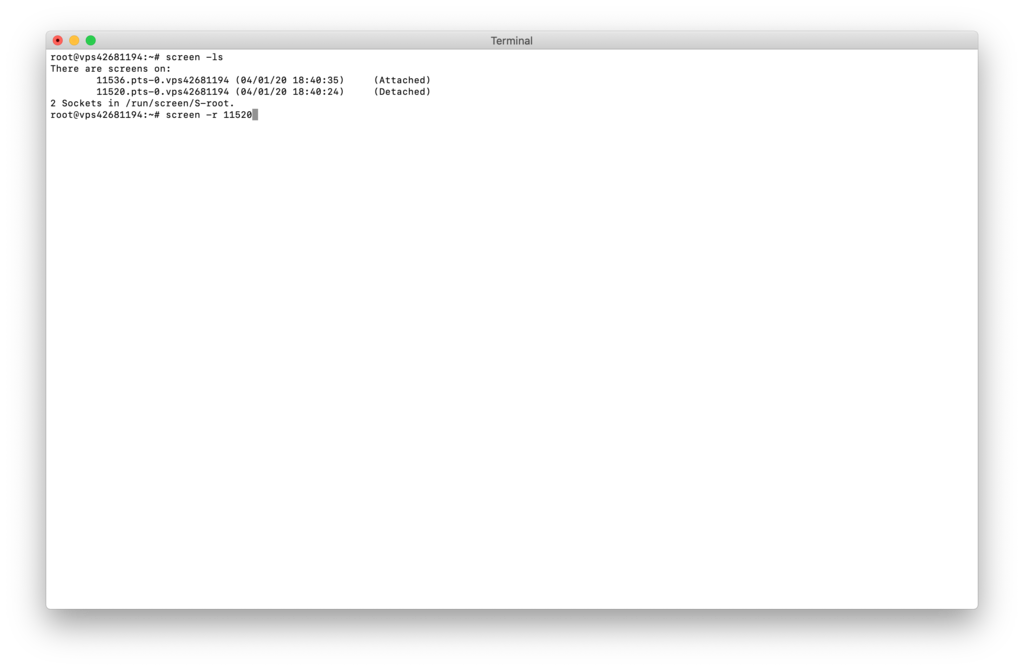 It is really important to learn how to install and use Linux Screen, especially if you work as a server administrator. It’s a really handy tool that can greatly improve your overall workflow. Here you have learned how to both install Screen on your server and how to use its basic commands.

We hope you found this Linux tutorial helpful. Good luck! 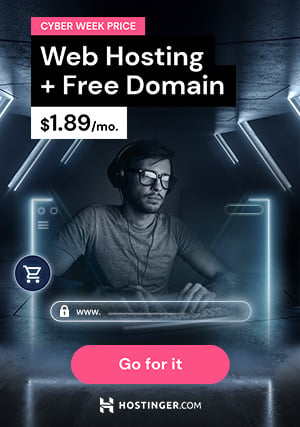 (chuckling) Just an observation... It's GNU screen, not Linux screen. Other than the "any tool on a Linux box must mean it's a Linux tool" thing, good write-up on an amazingly useful utility. Haven't used tmux yet, which I understand is Red Hat's proclaimed successor to screen. (I believe that first showed up in OpenBSD, but I'm not certain.) Might consider doing an equally good write-up on tmux. Cheers.

Thanks for the kind words, Patrick, and you should definitely do a good write-up on tmux! :)

How to Use Linux Rsync (Remote Synchronization) Command