Just like Linux was an accidental revolution by Linus Torvalds, Docker was by Solomon Hykes. Solomon was trying to figure out a solution for programmers to provide a code that runs the same both on their development as well as the production environment and this resulted in the creation of Docker Containers. In this tutorial, we’ll show you how you can start a Docker container on your VPS, along with some extra tips and commands.

Today Docker is the most popular software container platform.

At a very basic level it solves the issue of an application running on one platform but not on others. Although present in the entire software development lifecycle, Docker Containers main use is in deployment.

What are Docker Containers

Docker Containers are running instances of Docker images. Running an Image creates a Docker container. Images provide a template that can be used for the creation of containers. They contain information about what’s required to create containers. Images can either be stored locally or remotely. If you need help installing Docker, check out our tutorials for CentOS 7 or Ubuntu 18.04.

How to Start a Docker Container

Remember, before starting, you need to access your VPS server with SSH. Check out our PuTTY tutorial if you’re having trouble.

To list all Dockers images on your system you can use the command:

If you want to display additional information enter the following command in the command line:

We don’t have any Docker Images on our system, so let’s pull an image first. To do that, first go to Docker hub. Here you can find hundreds of Docker Images. We’ll pull an Ubuntu image. You can browse each image’s page to see more details about the Image: 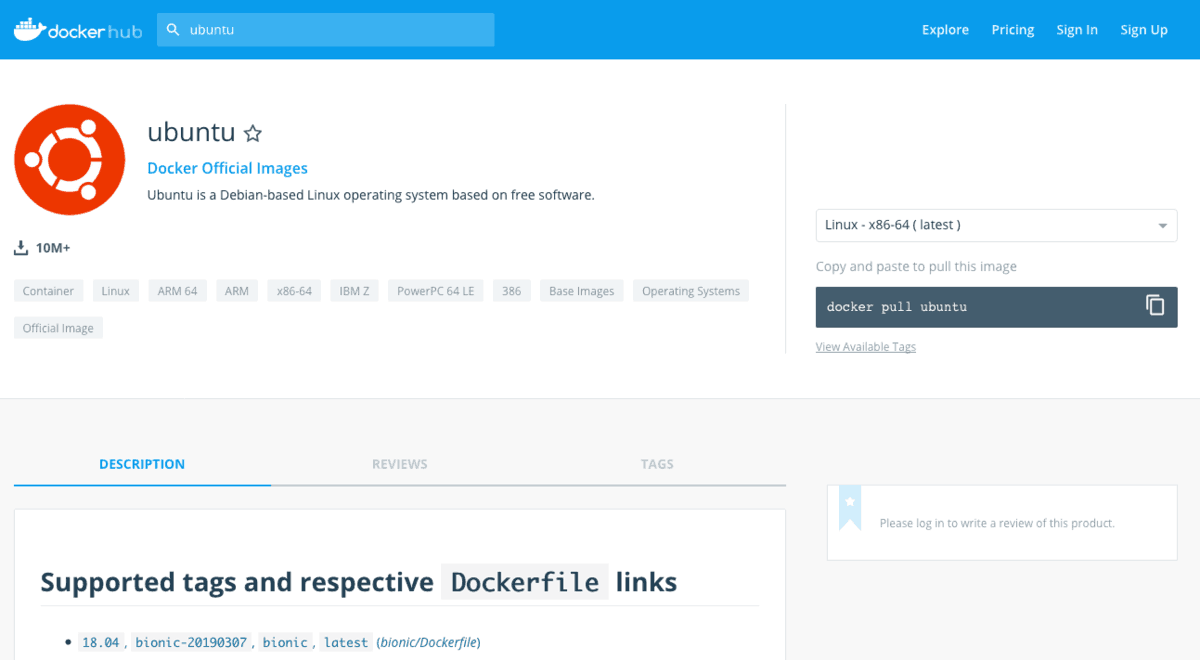 We can pull the image with the command:

You can replace <image name> with hundreds of images found on Docker Hub like CentOS, MySQL, mariaDB, Python, etc.

Using the -q option will list only numeric IDs of Images available on your system.

-f is the filter flag. If we wanted to list all images that are not dangling – tagged or referenced by a container – we would use the command:

Now that we know how to pull and locate an image to start a Docker container, we can get to work.

Next we see how to run an Image, by running an Image we actually create a container out of that image. Lets run our ubuntu image. To start a Docker container use the command:

We’ll run the Ubuntu image. So the command will be:

The container is created, but not started

To start the container we use a command like this:

Here –name MyContainer is simply how we want to name the running process, while -it ubuntu bash, names which container we’re running.

Nowe we can open another terminal window, SSH into the server and run the command:

We can now see that the container named MyContainer is now running.

If we wish to see the top process of a container we can run the command:

To see stats of a container like its CPU utilization, memory usage, etc.:

Lastly, if we wish to kill a Docker container:

That’s all there is to it! You’re ready to start a Docker container and put it to use!

Docker is an incredibly useful tool for any developer. The ability to seamlessly test, deploy and develop applications is a utility that can speed up workflow exponentially. In this tutorial, we show how to start a Docker container, along with some other commands that will definitely come in handy.

To learn more we suggest checking out our other tutorials, or Docker’s official documentation!

How to Install Tomcat on Ubuntu 18.04