PHP 8.2 is just around the corner. It’s planned to launch on December 8th.

PHP 8.2 is purely aimed at making developers’ life easier. Most of the changes simplify the coding process and deprecate some of the older functions. It’s always recommended to upgrade to the latest PHP version to maximize your site’s security and get used to the new syntax.

Let’s look at all the changes that PHP 8.2 is bringing to the table so you can decide if it’s worth making the switch when the new version eventually comes out.

In this section, we’ll go over the changes and new features introduced with PHP 8.2.

The new readonly class property was released with version 8.1. PHP 8.2 improves on it further. Now, you’ll be able to declare a whole class as readonly. Doing so will change all that class’s properties to readonly. This won’t work for dynamic properties – declaring them as readonly will result in an error.

With PHP 8.2, the process has been thoroughly simplified:

Keep in mind that it won’t be possible to declare the following PHP features:

With PHP 8.0, users were presented with support for Union Types. You could declare a type as a union of two or more types. Even though you could use false and null as possible types, using them as standalone types was not allowed.

With PHP 8.2, it will be possible to use false and null as standalone types. With this addition, the PHP type system will be more descriptive as you’ll be able to more accurately declare return, parameter, and property types.

PHP allows users to track the call stack at any point of the program. It’s extra helpful if you want to debug an application and see why it failed. However, some stack traces contain sensitive information that you may want to mask.

PHP 8.2 will add a new attribute called SensitiveParameter. It prevents sensitive information from being shown or logged whenever an application runs into trouble. In practice, it will look like this:

PHP 8.2 introduces an easier way to handle parameterized MySQLi queries. With the mysqli_execute_query($sql, $params) function and the mysqli::execute_query method, you can prepare, bound, and execute queries within the same function. After successfully running a query, you will be presented with ​​the mysqli_result object.

With PHP 8.2, you will be able to use a new Disjunctive Normal Form (DNF) types feature. It is a standardized way of organizing boolean expressions. To be exact, it consists of a disjunction of conjunctions or simply boolean OR of ANDs.

An RFC proposal example can be found below:

PHP 8.2 will deprecate dynamic variables in classes. This will result in a deprecation message in PHP 8.2 and ErrorException in future versions of PHP.

For this reason, a new #[AllowDynamicProperties] attribute will be added to PHP 8.2 in order to allow dynamic properties for classes. An RFC example looks like this:

In this section, we’ll look at all the features that will be deprecated in PHP 8.2.

utf8_encode() and utf8_decode()functions are used to convert between ISO-8859-1 and UTF-8 encoding standards. Due to a lack of error messages, warnings, and limited encoding support, PHP 8.2 will deprecate these functions while PHP 9.0 will exclude them entirely. Alternatively, users will be able to use iconv or intl extensions to convert the encoding standard.

Mbstring is used to convert to and from several character encoding standards such as UTF-8/16/32 and ISO-8859-1. It also includes support for Base64, Quoted-Printable, Uuencode, and HTML Entities.

However, these formats process information in raw bytes instead of sequences of bytes. It’s also worth noting that PHP already has separate functions to encode/decode these formats. Thus, PHP 8.2 will deprecate the mbstring extension with the following labeled encodings:

PHP 8.2 will deprecate partially-supported callables that don’t work with the $callable() pattern. The list of deprecated callables can be found below:

To prevent the deprecation message, users can convert all self, parent, and static keywords to their corresponding class names.

PHP allows users to replace variable values within a string literal with double quotes, as in the following examples:

While offering the same functionality, the syntax of the last two options is quite complex. That’s why they will be deprecated in PHP 8.2. You’ll still be able to use the first two options without any issues.

PHP offers a number of functions for random number generation. With PHP 8.2, some of them will be moved to a new random extension. This extension will be included in PHP by default, and there won’t be an option to disable it.

Here’s a list of all the functions and constants that will be moved to the random extension. Keep in mind that they will remain in the global namespace.

Historically PHP supported two libraries to connect MySQL databases: mysqlnd and libmysql. Since PHP 5.4, the default recommended library has been mysqlnd. In order to simplify PHP code testing, it was decided to remove libmysql with PHP 8.2.

From now on, you’ll need to use the mysqlnd library to connect MySQL databases.

The ksort function sorts an array by key in ascending order. PHP 8.2 will introduce a bug fix to make the output of the SORT_REGULAR parameter consistent with the other parameters. Up until PHP 8.2, it prioritized alphabetic keys before numeric keys.

Now, ksort will place numeric keys before alphabetic keys when sorting. In practice, sorted keys will look like this:

Another bug fix is meant for the str_split function. It is used to split a string into an array.

How to Change the PHP Version

Usually, hosting providers offer you an easy way to switch between PHP versions. If you’re using Hostinger’s hPanel, all you need to do is select your hosting plan and search for PHP Configuration:

Here, you will find all of the latest stable versions of PHP. Select the preferred version and press Update to save the changes.

Within this utility, It’s also possible to manage PHP extensions and PHP options for all versions individually.

PHP 8.2 offers many improvements over the previous versions. It introduces a number of new features like new readonly classes, deprecates several outdated implementations with complex syntax, and fixes important bugs to streamline the development workflow and make using PHP easier.

We hope this post has helped you prepare for the upcoming PHP 8.2 launch. We’re eagerly looking forward to the new version’s full release on December 8th! 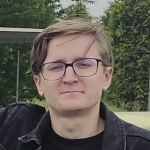 Ignas takes great satisfaction in helping people tackle even the most complex technical issues. His current goal is to write easy-to-follow articles so that these issues will not happen at all. During his free time, Ignas likes to play video games and fix up things around his house.