On April 14th, we organized our first Open Doors Day after what seemed like a century of sitting in a virtual environment and starting every meeting with “Can everybody hear me and see my screen?” The experience became undeniably real as scores of steps filled the staircase leading to the top floors of the River Hall building in Kaunas. Fueled by curiosity and growth opportunities, two groups of students from 19 different study programs started their IT journey.

It took less than five minutes for all expectations of a formal working environment to be thrown out of one of the many floor-length office windows: a purple ball pit, solar lamp-heated hammocks, unconventional meeting rooms, and creative resting areas have become the attainable new normal. However, beneath the impression of a welcoming office lay the company’s backbone – Hostinger’s culture and values. The students learned our success story and the ten principles that have influenced every major decision in the past 17 years.

The event proceeded with members of the People and Training teams sharing their personal experiences and the first steps of building a career at Hostinger – the Customer Success Specialist role. The participants listened to Agnetė, a Talent Acquisition Partner, who discussed the process from the early recruitment stages to maximizing one’s potential and setting career goals.

As Agnetė has a background in tourism, she likened taking a chance and diving into a challenging and ever-changing field to an adventure no less thrilling than a traveler boarding their first flight. She was accompanied by the Training Team lead Abhijeet, who made an online appearance, and members of the Customer Success Billings, Websites, and Accounts teams.

What better way to start a career than to jump right in? Hostinger’s first Open Doors Day concluded with the students participating in a shadowing session and afterward joining a conversation-filled pizza lunch.

Do you think you missed out on a potential gateway to an exciting professional journey? Visit our career page. 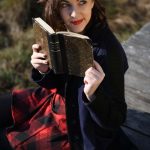 Three Brave Hostingerians: A Woman’s Perspective on the Ukrainian Resistance

We wanted to dedicate March to telling positive stories of strong women. However, the world moves faster than our plans – we want to talk about something else. We’re here to tell …

Expert Comment on TechRadar’s “The Future of Web Hosting” Review

The beginning of the year is all about trends and what they might bring. It's no surprise that I was caught by TechRadar’s The future of web hosting: 5 things to look out for in 2…

Our customers are at the epicenter of what we do. We always strive to put ourselves in the shoes of the customer and reverse-engineer their experiences to add as much value as pos…