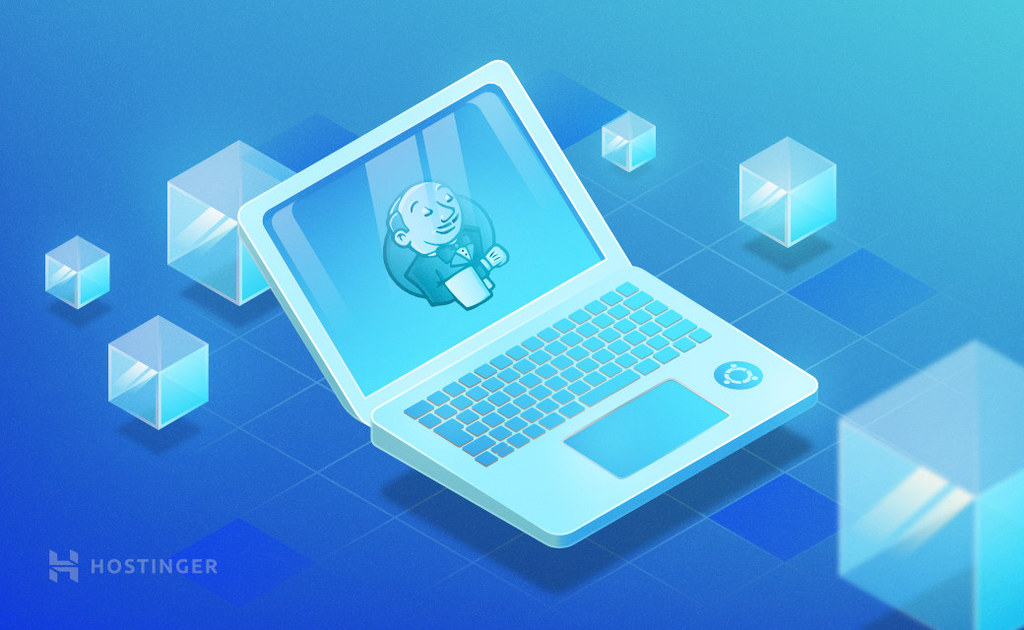 Software development typically comes with its own challenges. One of them is ensuring that software is built, tested, and deployed in a timely manner and that any errors are fixed before the production phase.

That’s where Jenkins comes in – an open-source automation server for continuous integration (CI) and continuous delivery (CD) models. In other words, it builds, tests, and deploys software projects.

What Is Jenkins Used For?

To understand Jenkins, users must have an understanding of continuous integration (CI) and continuous delivery (CD) models and their purpose:

As soon as a developer commits any change to the shared repository, Jenkins will immediately trigger a build and immediately notify users in case of an error, which is an example of continuous integration.

With Jenkins, users can also set post-build tests – unit tests, performance tests, acceptance tests – in an automated manner. Whenever a successful build occurs, Jenkins performs these tests and generates a report, which is an example of continuous delivery.

Other than that, the main advantages of Jenkins are as follows:

How to Install Jenkins on Ubuntu

Installing Jenkins is as easy as using the integrated APT package manager of Ubuntu. However, keep in mind that some requirements must be met for a VPS-based system before proceeding with the installation.

Jenkins supports Java 8 and Java 11. However, in this tutorial, we will use Java Runtime Environment 11.

First, update the default Ubuntu packages lists for upgrades with the following command:

Then, run the following command to install JDK 11:

To test if Java has been installed successfully, run this command:

Now, we will install Jenkins itself. Issue the following four commands in sequence to initiate the installation from the Jenkins repository:

Once that’s done, start the Jenkins service with the following command:

To confirm its status, use:

If it’s working correctly, the terminal window will look like this:

With Jenkins installed, we can proceed with adjusting the firewall settings. By default, Jenkins will run on port 8080.

In order to ensure that this port is accessible, we will need to configure the built-in Ubuntu firewall (ufw). To open the 8080 port and enable the firewall, use the following commands:

Once done, test whether the firewall is active using this command:

If an error about the ufw command not being available appears, install it using the sudo apt install ufw command and proceed with the steps as shown above.

With the firewall configured, it’s time to set up Jenkins itself. Type in the IP of your VPS along with the port number. The Jenkins setup wizard will be similar to the example below:

Just make sure to replace 185.185.185.185 with an actual IP. An administrator password will be needed to proceed with the configuration. It can be easily found inside the /var/lib/jenkins/secrets/initialAdminPassword file. To check the initial password, use the cat command as indicated below:

Next, the Customize Jenkins window will appear. We recommend simply selecting the Install suggested plugins option for this step.

Give it a couple of minutes for the installation process to complete. Once it’s done, specify your username, password, full name, and email address, and click on Save and Continue to create an admin user.

Then specify the preferred Jenkins URL and finish the configuration process.

After configuration, the Jenkins dashboard will appear, meaning the Jenkins server installation and initial setup were successful.

Jenkins is one of the most popular tools for automating software development. Users can deploy their applications to production environments much faster with its intuitive interface and flexible framework.

This tutorial covered the installation process for Jenkins on Ubuntu 18.04, 20.04, and 22.04 and showed the initial configuration process.

We hope this tutorial helped you understand the ins and outs of Jenkins installation. If you have any questions or suggestions, leave them in the comments section below.

Ignas is a Technical Content Writer at Hostinger. After helping people tackle even the most complex technical issues as a Customer Success Specialist, his current goal is to write easy-to-follow articles so that these issues will not happen at all. During his free time, Ignas likes to play video games and fix up things around his house.

Very Nice! Much Appreciated For Your Effort to Post this here!