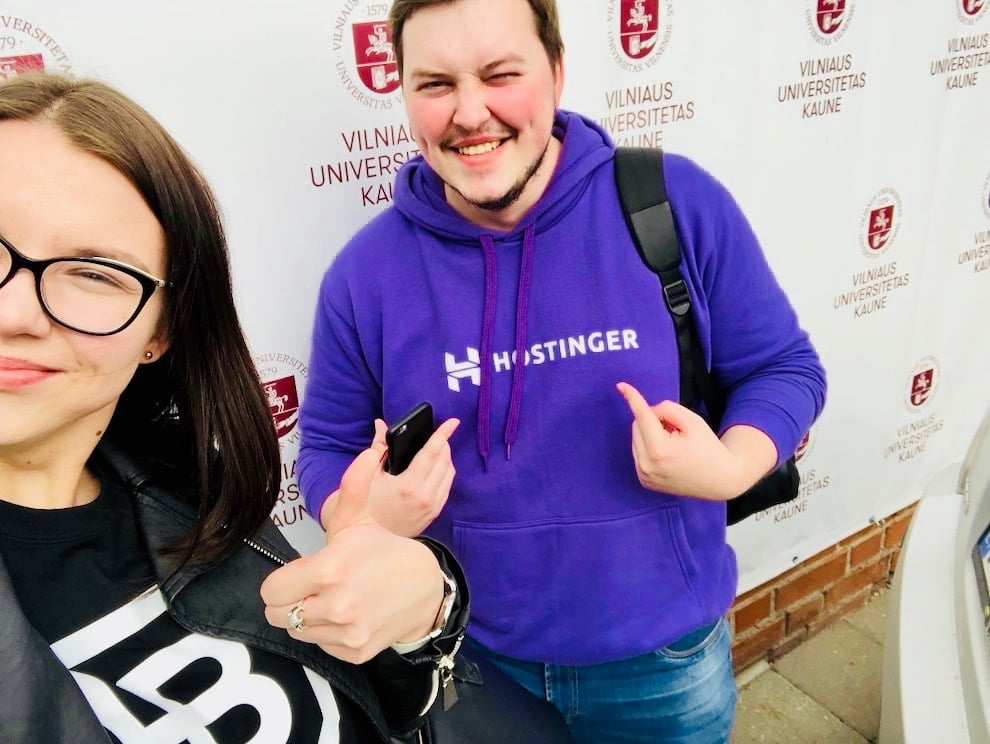 As one of the most successful I.T. companies in the European Union, Hostinger was invited to the Humanities Faculty of Vilnius University in Kaunas* to discuss the Information Technology industry in Lithuania, and join the university as a business and educational partner.

Despite its modest population of just under three million persons, Lithuania has slowly gained a reputation as an emerging European IT and fintech hub.

Lithuania as a I.T. and fintech hub of the future

Since 2009, Barclays, Revolut, Swedbank, and Booking.com have all joined the growing ranks of internationally-operating businesses choosing to do business in Lithuania thanks to the country’s young, tech-savvy population, favourable business climate, and strong transportation links between Western and Eastern Europe.

The Bank of Lithuania (BoL) is quietly confident of this continued trajectory over the forthcoming years. BoL board member told Business Insider that he “could not deny” that Lithuania is aiming to attract companies registered in the United Kingdom to set up European Union-based subsidiaries if and when the UK leaves the EU in 2019.

Hostinger is also an example of Lithuania’s position as a developing business hub in the Baltic-Nordic region.

After being founded in 2004, Hostinger has since blossomed into an internationally-operating company with almost 30 million customers around the world, and over 250 members of staff in Europe, Asia, and the Americas. In recent years, it has emerged as one of the world’s most competitive web hosting providers, thanks to its customer-centric approach to business, outstanding levels of performance, and highly competitive prices.

As a homegrown Lithuanian success story, Hostinger and its subsidiary company, BitDegree, were also chosen by Vilnius University to be a business partner and co-creator of its new “Marketing Technology” Bachelor Programme.

“It’s absolutely brilliant that Hostinger and BitDegree have been chosen as business and educational partners to Vilnius University,” he said.” This shows that Hostinger’s mission to help people succeed with their online projects is really working. Not only are our customers insanely happy and successful with our products, our work has now been recognized by educational institutions and also in the Lithuanian employment market. We have shown that despite Lithuania’s relatively small population, a business can do great things with the right people, and together they can bring widely recognized changes to whichever sphere it operates in.”

BitDegree’s Business Development Associate, Julija Sabaliauskaitė added: “BitDegree believes that every student should have access to a current and relevant education. Every minute spent studying should correlate to an actual skill being developed. Our goal is to have universities update their curriculum to stay relevant in 2018, meaning that new areas of study need to be explored.”

Lithuania has been a European Union member state since 2004, and dropped its long-term currency, Litas, for the euro in January 2015.

*Despite being located in the Lithuanian capital, Vilnius, Vilnius University also has faculties in Lithuania’s second largest city, Kaunas.

How to Stay Inspired as a Web Designer

Presenting UX Ideas to Designers in Their Language