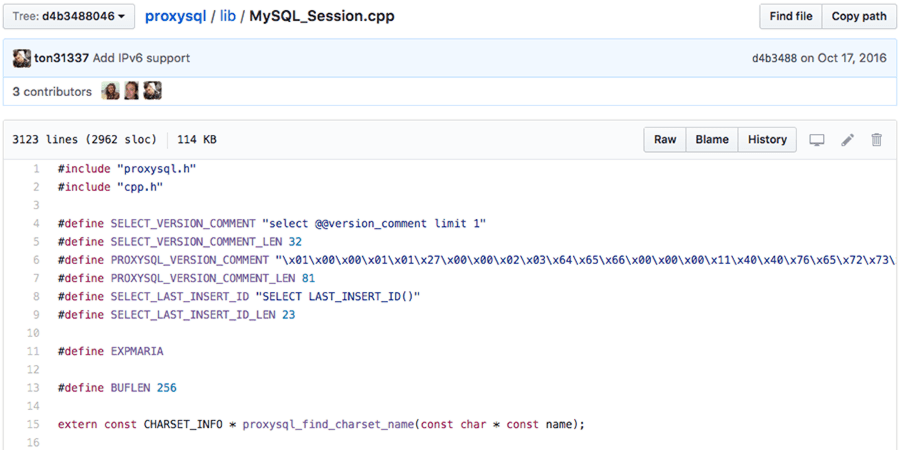 We are trying to push the world to move to the new (actually quite old) IP protocol (IPv6), thus we are running our internal infrastructure under IPv6-only communication since June 2016.

If we want to involve something new into our current stack, we have to make sure the service, framework – you name it – has full IPv6 support. If it doesn’t have IPv6 support, just throw it to the trash bin because it’s already not a feature but a bug which had to be fixed when starting the project from scratch. There is absolutely no reason to write application on whiteboard without IPv6 support at planning phase. This shouldn’t be treated as an excuse at all, especially for open-source projects.

As described above, all internal communication between services is using IPv6 protocol, except for only one of tens of services lacking IPv6 support.

We are big fans of ProxySQL but prior to version 1.3.0, ProxySQL lacked IPv6 suppport. So.. all hands on deck and why not fix this bug and push it to the world?