Average Web Developer Salary in 2022 and Growth Trends Beyond

If you’re considering becoming a web developer, now is a better time to do so than ever before. Over half of the world’s population is currently connected to the internet, and the numbers are only expected to grow.

This means that more and more businesses will be looking into going online, which means the creation of more websites. As a web developer, this is an excellent opportunity to profit.

This article will discuss the average web developer compensation, the current market trends, and projected demand for this profession.

Are Web Developers in High Demand? Here’s the Data

Of course, the demand heavily depends on the professional’s skill set, years of experience, and the offered job location. Let’s look at each of these categories to learn how they affect the demand and the compensation trends of web development.

For this section, we will be looking at the data provided by PayScale. This company collects voluntary survey responses from professionals about their location, job salaries, and other relevant information to calculate salary medians.

We will also be looking at the summary provided by Hongkiat, as they took that data and improved on it with additional research and statistics.

Top 5 countries that pay web developers the most:

As you can see, the differences in national average salaries for web developers vary highly from country to country. We will focus solely on the US job market for the next few sections to make it easier to navigate the web development industry and its dependencies.

According to calculations, the average salary for junior web developers in the US is estimated to be $61,688/year, which works out to an average of $29.66/hour.

Of course, the starting average developer salary can vary depending on the company location, your experience, the programming languages and skills you know, and the current market rate.

However, if you’re a US-based junior web developer, this estimation can help you get an idea of what your expectations should be.

An average salary for a senior web developer in the US is $88,148/year. The same applies to web developers that have at least four years of experience in the industry.

Again, the actual average web developer salary depends on the location of your employer and yourself, your skills, current job position, and experience level. However, this is a good guideline of what to expect if you stick around the industry for a while.

One of the most critical aspects determining the average salary for a web developer is their skill set.

Each position tackles a different side of website creation and requires knowledge of different tools. Let’s have a look at them in more detail.

Front-end developers work on the visuals and the user experience of the website. They ensure the website’s design functions as needed, including the buttons, navigation, internal links, and other interactive aspects of the site.

A front-end web developer realizes the design fundamentals and ideals of the website by using CSS, HTML, and JavaScript programming languages.

An average yearly wage of a front-end developer, according to the resources below:

Using these resources, we can calculate the overall average pay of a front-end developer in the US – $87,200/year.

Back-end developers primarily work on other technology that powers the website from behind the scenes, such as databases and servers. They ensure the architecture of the website is functional and stable.

In more detail, back-end developers write code that communicates the database information to the visitors. They also ensure that the user-facing part of the website can exist and function smoothly.

Here are some calculations from reliable sources of a back-end developer’s average yearly pay:

Following our calculations based on these findings, we find that a back-end developer can expect to earn around $101,300/year on average.

A full-stack web developer is someone knowledgeable in both previously mentioned skill sets. This means they can build fully functional user-facing websites and develop excellent back-end infrastructures to support them.

A good full-stack developer has the skill set to build an entire online project alone, which is why they are becoming the most sought-after kind of professional in the web development market.

Here are the calculations of an average yearly salary outlook of a full-stack developer, according to these resources:

Using this information, we can claim that an overall average is $87,300/year.

Another essential aspect that affects a web developer’s compensation is their knowledge and use of programming languages. On the most basic level, these languages are used as instructions that direct computers through commands.

Here is a list of the top 10 programming languages worldwide, ordered by popularity and demand, and followed by the average salary:

WordPress developers work with the infrastructure of the WordPress platform to improve existing features or create new ones. This includes working with WP plugins, themes, web design, and the overall WordPress core.

The pay range of a WordPress developer varies depending on their years of experience, skills, career stage, and location.

Here is some data we found on average yearly compensation:

We calculated that a US-based WordPress developer position could help you earn approximately $54,200/year using these averages.

Both web developers and web designers specialize in building websites. These professions require knowledge of coding and a thorough understanding of web applications.

The main difference between these two careers is that a web designer primarily works with the design of the website and the user experience that it provides. In contrast, a web developer is expected to engage with the more technical side of development. Despite their differences, both professions have a high demand in the industry.

According to PayScale, the average yearly pay of a web developer in the US is $59,893, while that of a web designer is $50,741. The difference in the paygrade heavily depends on the skills, years of experience, and the full job title of the professional.

What Skills Do You Need to Become a Highly-Paid Web Developer?

Being a web developer is more than just a job title. To become a real professional, you have to possess a variety of hard and soft skills.

Aside from the programming languages and technical knowledge, you should also have these skills:

To stay relevant within the industry, you should know what will be trending in the near future. Use this information as an inspiration for what your focus should be on.

Here are some ideas of what is projected to be trending in 2021:

If you are considering new career paths to explore and have some experience in the IT industry, a web developer position could be just what you’re looking for. Job search websites are full of employers offering web developer jobs with generous compensation throughout the United States.

However, if the job of a web developer doesn’t sound like something you’d enjoy, there exists a wide range of other IT job paths you can look into, such as:

Do some work on your career insights, and you’ll find your next job title in no time. Keep in mind that the IT industry is projected to increase its market worth to $5 trillion in 2021, and the demand is bigger than the supply.

Angie is a Content Writer and an Editor at Hostinger. As a technology enthusiast and a digital marketing specialist, she loves to help people learn about tech-related topics. During her free time, Angie loves to spend time in nature and exploring the cuisines of the world through cooking.

How to Clear Browser Cache – The Complete Guide

While a cache improves your browsing experience by making websites load faster, excessive data can cause a slower loading speed or poor device... 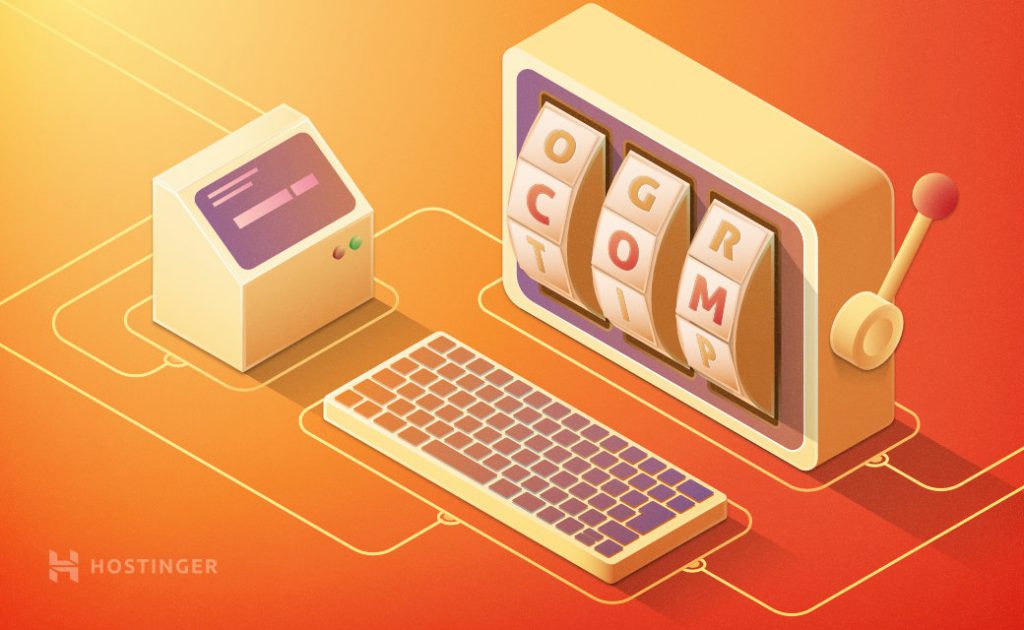 A domain name is one of the most important components of a website. It reinforces the business’s online credibility and helps people remember your...